Kevin and Loren were married on their 3 year anniversary of being together. They have a little different style and weren’t afraid to go all the way with it on their wedding day. From skeletons engraved on her ring to skeleton cake toppers, they went all out on the “Till Death Do Us Part” theme, labeling the day “Doom’s Day” as a joke. It was a cold and stormy day, which technically fit the theme 🙂 We went out to Fort Stevens State Park with the groom and groomsmen for a manly shoot while the ladies got ready because they didn’t want to see each other before the ceremony. We had hoped to go out there with the ladies later in the day, but time didn’t permit it. Astoria is a great vacationing town in the summer, it’s known for many landmarks, one of them being the bridge that connects Washington and Oregon. It was a beautiful backdrop and just so happened to be right next to the venue, The Loft at The Red Building. Their daughter was the flower girl and during the ceremony they presented her with a locket as a token of their promise to lover her unconditionally. She was so surprised and excited to get the necklace! It was the cutest thing ever. Much love to the bride and groom!

The groom is on the left and on the right is his brother and beloved dog. 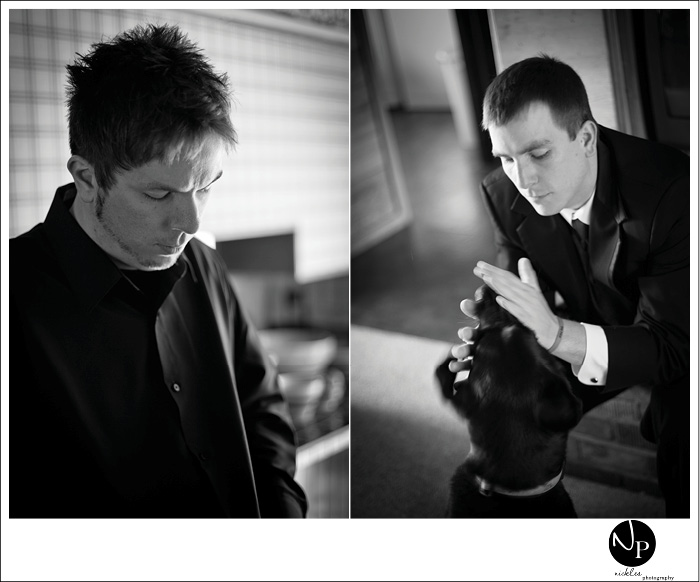 Fort Steven’s State Park was pretty cool. The surroundings were a perfect match with the wedding theme.

For more images and the slide show from this wedding, please click on the “Read More” link below. Thanks!

Here we are under the famous Astoria bridge. It was a little cold and windy, but the ladies were great!

Their daughter is on the right. The ring bearer is her cousin. They had a great time dancing together at the reception!

They had very unique decorations to go along with their wedding theme. The skulls below had an expensive Vodka in them. They funny thing is they found it at Costco. Who knew you could buy Skull Vodka at Costco?!

Their daughter dancing with them at their first dance. So precious. And funny!