I was in Soap Lake at our friend’s house on a play date with my kids when we received a phone call from Texas asking if we do “events”. I usually wouldn’t of answered the phone while not in the office, but I thought it was a telemarketer and I wanted my name off the list. When I answered the phone I was thoroughly confused by the quick talking woman who had a brief description about photographing cargo that was going to happen in two days. After leaving the room with playfully yelling children, I asked her to repeat what she had just said. A big shipment that needed to be photographed. We happened to not have anything planned for that Saturday night and the shoot was just 20 minutes from our house. I said yes to the shoot simply for the quick, easy money (she said the photos couldn’t be edited due to the subject matter). After we confirmed that we would be there, the whole story came out. It was for Shell Oil, shipping special product by the world’s largest and famous airplane- the Antonov. For those that don’t know, the Antonov was a product of the Cold War, with the government trying to make a plane that would carry their space shuttle. Long story short (although a very interesting story- there are some great videos online about it) it is now a commercial plane owned by a Ukrainian company. It is run by a crew of men who fly around the world 3 months at a time. We can’t show any pictures of the cargo inside, but we can at least show the outside and show how unique, awesome, and gigantic this plane is! The supposed 3 hour shoot turned into 9. It rained and even hailed on us most of the day. But Ben, the airplane buff, was in heaven! Pretty sure Ben’s face hurt from smiling by the end of the day. We were there from the moment it landed until they packed the plane back up. The next morning it was off to Africa for the next big shipment for another company.

A 787 just happened to be test flying that day at Moses Lake. Ben captured the two planes together. Probably one of the only images like this out there. 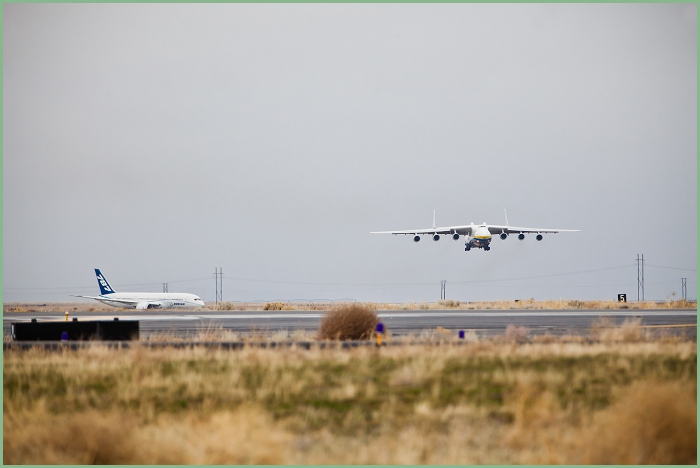 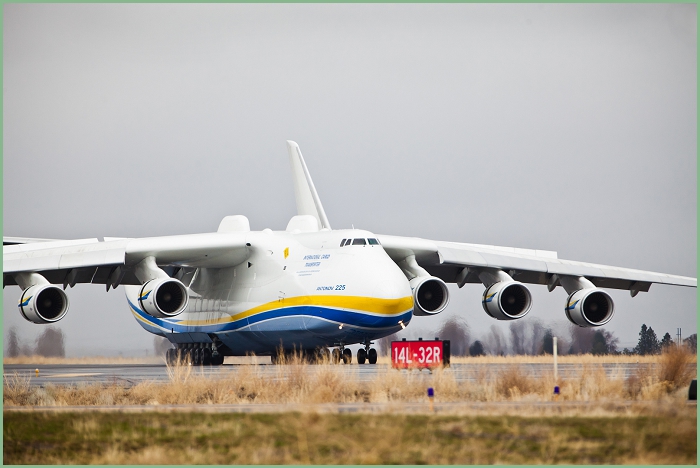 The plane lowers itself on the front and then a loading dock folds out.