I love shooting weddings for the flowers! The smell. *Contended sigh* Ah the smell of fresh cut flowers. So wonderful! Whenever I close my eyes and get a whiff I am immediately taken to late April when it’s not too cold, not too hot and the first of the season’s flowers have begun to bloom.  That’s when I take a minute to sit down and smell the flowers (not so much the roses, because they aren’t blooming just yet). There are literally millions of different ways to express your personality by the flowers that you pick in your bouquet. I love photographing these bright colored creations, but when I take them from a bride for those couple of minutes, I have to admit one 30 seconds of those 2 minutes is to smell them. I think the Best part for Ben is he didn’t have to pay for them 🙂

Ok, so this first set isn’t the best example of being able to smell fresh flowers every weekend. But these are so cool, I let this one slide. The bride made these herself!

All the bouquets, boutineers, and cake topper. All out of paper flowers. Very creative. It didn’t cost much money, but A LOT of time, according to Jessica. 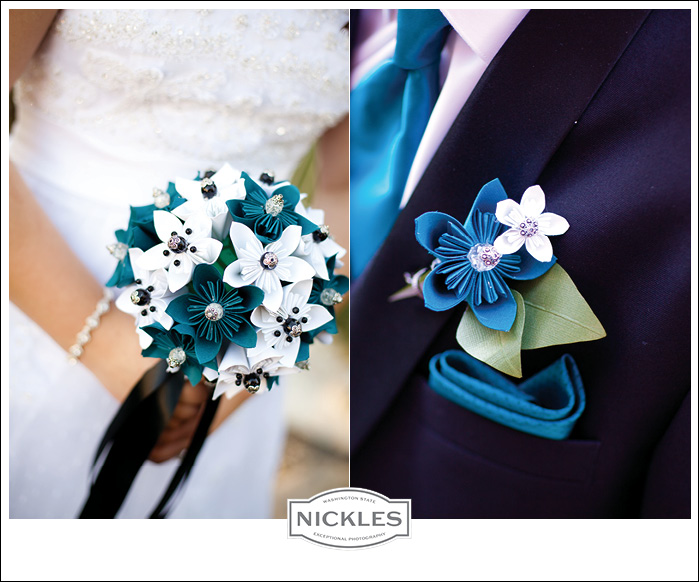 From a garden wedding…

…to a Jamaican inspired to all natural and earthy there are so many options!

Joel’s boutineer was wrapped with gaffer’s tape. Perfect for this musician!

Posted in 100 posts in 100 days, I Heart Photographing Weddings, Wedding