Voted the Best Photographers in Wenatchee! {53} 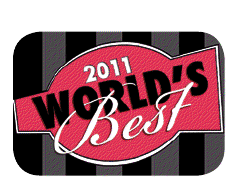 We found out a couple weeks ago, but were forced to keep it in until today. I am not one for keeping a secret, so this was beyond hard for me. I won’t lie. I told my mom. But thankfully she is better at keeping secrets. But now that I can say something I want to say THANK YOU to all who voted for us! We have been named the best photographers in Wenatchee for 2011. The voting was done by the readers of The Wenatchee World. 2010 was an amazing year of growth for us and we are honored to start of 2011 with this award. The Wenatchee World had a super fun get together on Thursday night with the winners of all of the categories. We got to see the first newspapers go to print and even scored some free food! Thanks again to all who voted for us. We are grateful!